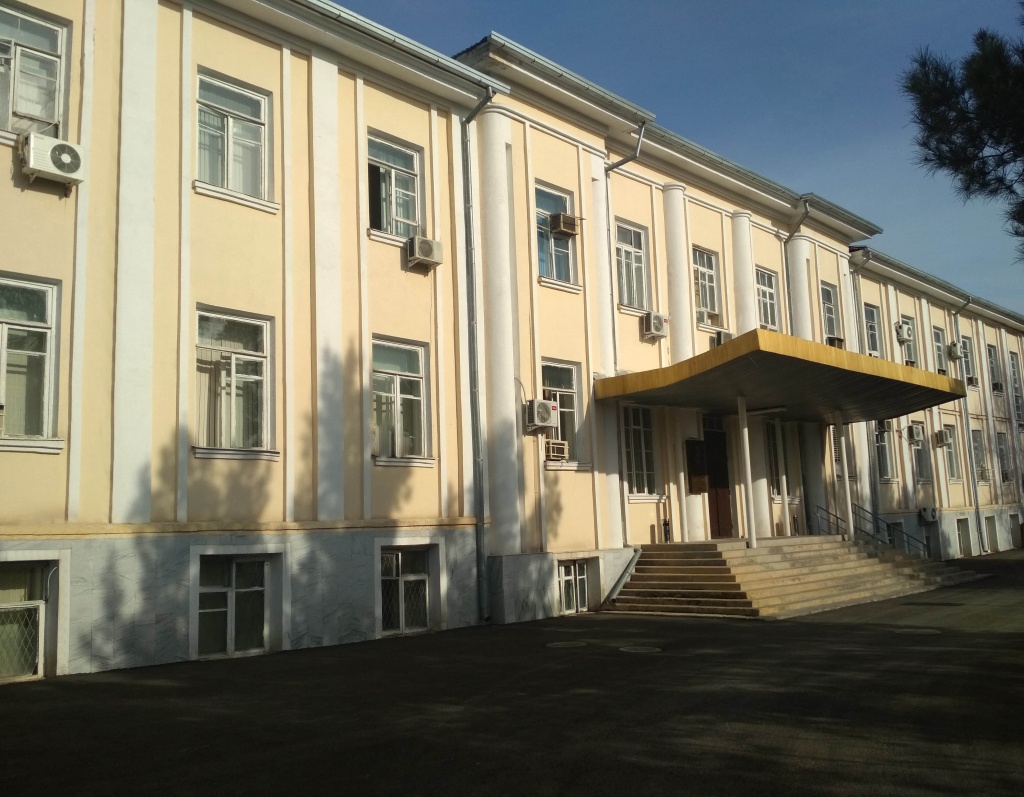 Scientific potential. The number of employees is 179, 102 of them are researchers, 2 are academicians, 22 are doctors of science, and 26 are PhD. Over the past three years, the Institute has trained 5 doctors of science and 5 doctors of philosophy; 532 scientific publications were published: 245 articles among them, 162 abroad, 287 abstracts, 166 of them abroad. 12 patents were received.

The Institute carries out fundamental and applied research and carries out scientific and technical developments in four priority research areas:

High energy physics - the study of the fundamental laws of the microworld and the universe, the interaction of particles and nuclei at accelerating energies and ultrahigh energies of cosmic radiation;

The theory of a solid body is the study of the dynamics of nonlinear excitations in condensed media for the development of optical communication systems, fiber optic and optoelectronic devices, quantum computers and other systems;

Semiconductor physics - the study of physical processes in semiconductor materials and structures, in order to create technologies of efficient photoconverters, photodetectors, and other highly sensitive sensors;

Instrument making in the field of electronics, optoelectronics and photonics - the development of new classes of semiconductor instrument structures with enhanced functionality, designed for use in high-tech devices.

Heliopoligon of the Institute, which has the status of a Unique Object, is the basic testing and demonstration center in the Republic of Uzbekistan, where they are testing technologies for converting solar energy into other types of energy, using effective methods and techniques. According to the results of fundamental and applied research, prototypes of solar thermal, photovoltaic and power plants are created and tested. The successful operation of Heliopoligon is an important step in the use of solar energy to generate heat and electricity for autonomous consumers and the development of high-temperature compounds for the needs of electrical, textile, oil and gas and other industries. The purpose of understanding the extreme importance of using solar energy to replace a certain part of traditional fuels are internships and training for specialists from various universities in our republic, as well as study tours for schoolchildren, students of lyceums and colleges.

There are over 30 large research and technological complexes to which, in particular, we can include: an automated measuring data center with bubble chambers; data processing and analysis center with X-ray emulsion chambers to study the interaction of particles of cosmic radiation with hadrons and nuclei; research complex for conducting and studying low-temperature diffusion in semiconductor materials; a workshop for the pilot production of silicon photocells and monocrystalline silicon batteries with a total capacity of up to 0.5 MW / year; measuring benches for research of Stirling engines; installations for gas-phase, liquid-phase epitaxy; installation of crucible electron-beam zone, melting of vacuum and magnetron sputtering; spectrometric equipment; measuring systems for determining the characteristics of devices, materials, etc; automated installations, based on silicon-lithium detectors with information output to computer systems; Fourier transform infrared spectrometer Perkin Elmer.